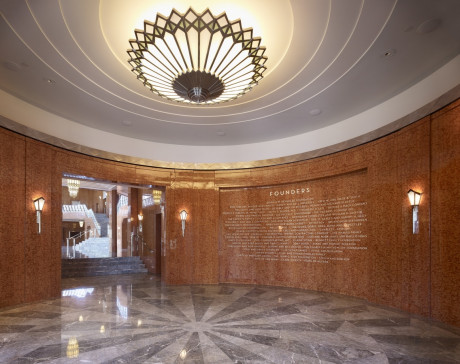 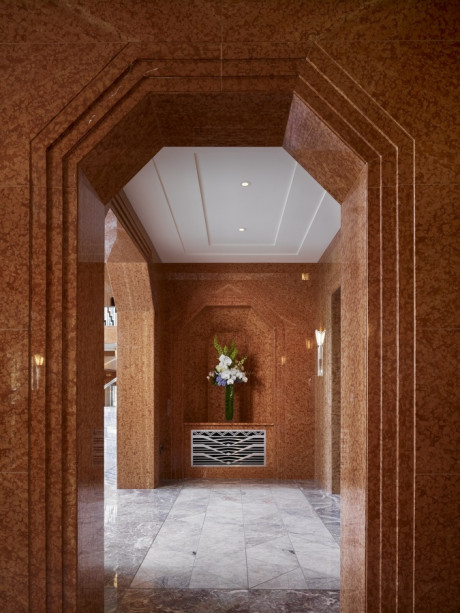 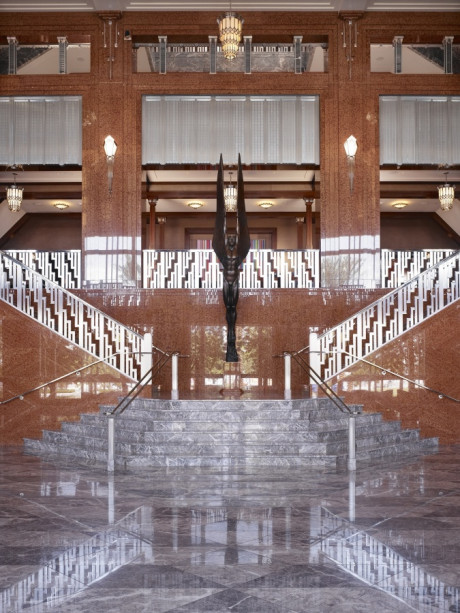 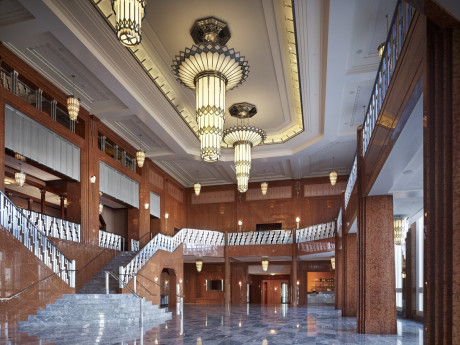 The design is composed of a large concert hall and two small theaters with stone throughout.  A winged sculpture in the center lobby is modeled after the Hoover Dam’s famous Winged Figures of the Republic statues.

The complexity of the project is self-evident.  Over 100 pages of shop drawings and 1200 different shop tickets were required.  Cut tickets for some areas were still in the drawing stage as containers of marble for other areas were arriving at the jobsite.  In the end, the success of the project turned on the quality of the engineering team, the accuracy of the fabrication and the skill of the masons, setters and finishers that installed the stone.

The Founders Wall was perhaps the most difficult aspect of coordination for the entire project.  The wall is composed of sixteen large diamond matched panels, eight of which are incorporated into the concave rotunda entry walls of the large concert hall.  Custom fonts were developed for engraving over two thousand characters, and many of the founders’ names span more than one marble panel.